A Machine for Camping: This Here Is the Ultimate…

With spring just around the corner, it’s time to start thinking about getting out of the city and into the woods for some fresh air. The brooks will be babbling, the birds chirping, and the sun shining. Forget what you know, camping doesn’t have to be roughing it unless you want it to be. Take it from Tom Haverford:

If you’re into glamping but don’t love SkyMall as much as Tom, the “Markies” camper might be the way to go. Created by Dutch designer Eduard Bohtlingk in 1985, the ingenious design looks like a nondescript, box-y trailer, but once parked, the sides fold down into a spectacular outdoor living experience. 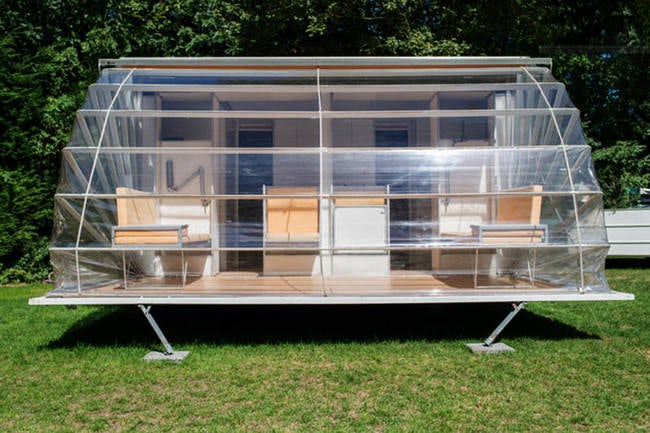 All camper images via wimp.com

The side panels of the trailer fold down, like reverse suicide doors, to effectively triple the square footage of the interior; the accordion-pleated retractable vinyl awnings allows for two flexible enclosed or open-air spaces. It’s a fashionable way to get out into the forest or beach or wherever, in style and comfort. The cabin includes four beds with dividers to make private sleeping rooms. There is a kitchenette — complete with a built-in espresso machine — and an unusual sink/stovetop combo. 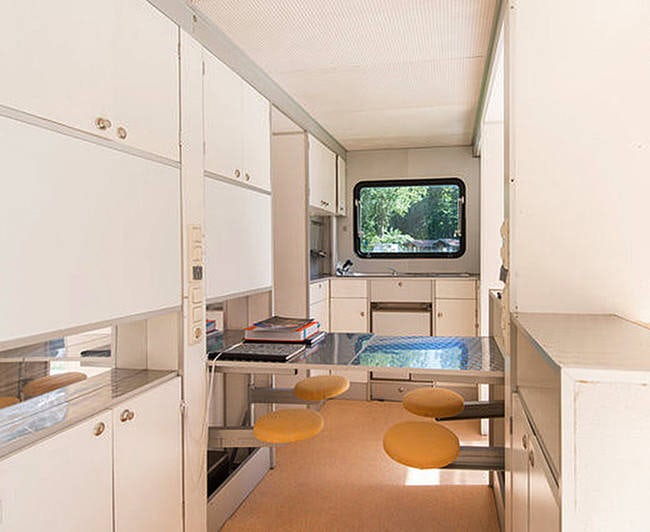 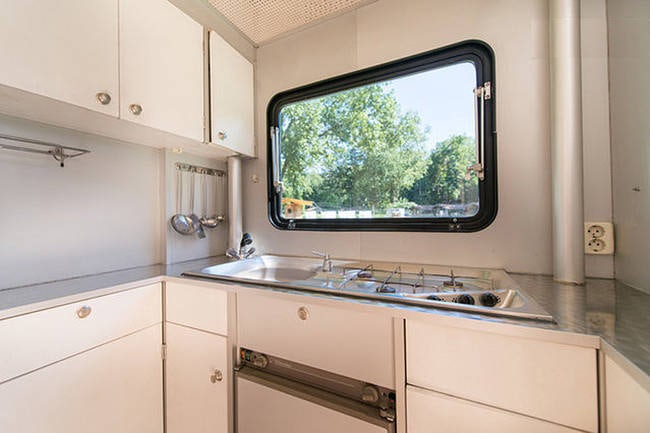 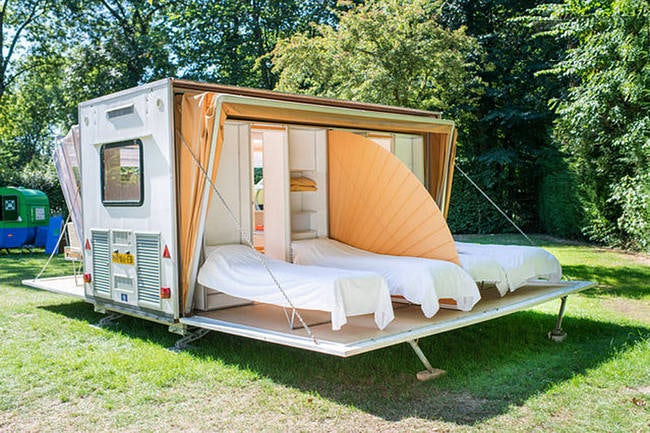 In keeping with the mobile architecture that came into fashion in the 1960s as a radical way of inhabiting the American countryside, this camper shows us that a home is not necessarily always a house. While those radical visions of modern nomadic society never quite caught on, the architecture of mobility and its requisite structural and HVAC systems has been revived in the contemporary Tiny House / Micro-living movement. 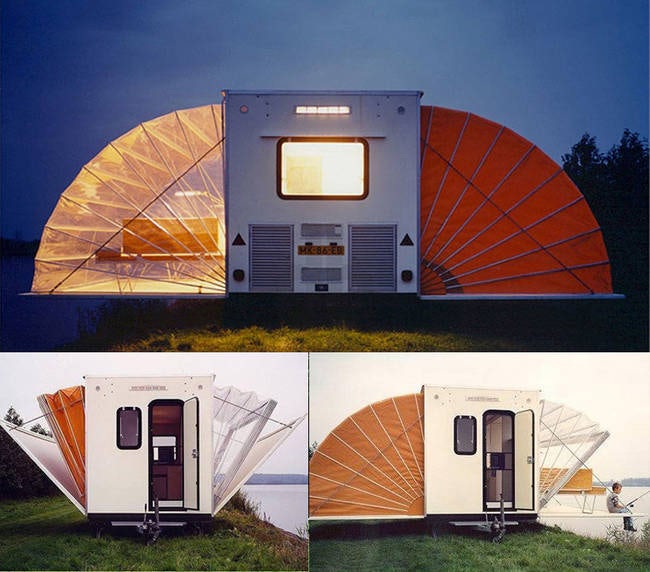