A GUEST on Antiques Roadshow was left stunned after her silver bookmark was valued at an eye-watering amount.

When the Antiques Roadshow team visited Woodhorn Museum in Northumberland, they were presented with an eclectic range of treasures.

One guest and her granddaughter asked if antique consultant Adam Schoon could inspect a vintage silver bookmark they owned.

But when he valued the unique-looking item, which was manufactured by an esteemed company, they were left open-mouthed.

Adam began: “Well you have brought along this small hallmarked silver gadget, what do you think it is?”

The guest said she thought it was a page-turner or a page holder for a book. 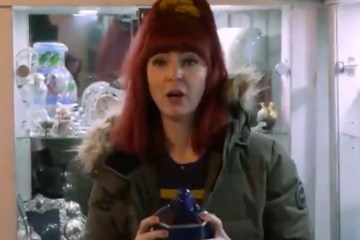 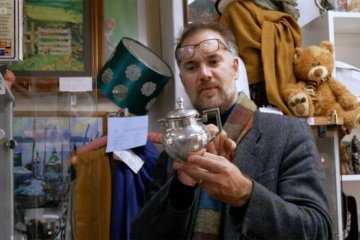 The expert said she was “absolutely right” and the bookmark was made by a famous company in London called Sampson Mordan & Co.

“I mean what a great invention,” Adam continued while he was inspecting the antique.

Adam then asked the guest’s granddaughter how much she thought the bookmark was worth, but she smile and admitted she had no idea.

He revealed: “There are not many of these around and if I was putting this in an auction I would anticipate £500 to £800 minimum.”

The pair were left gobsmacked by the staggering valuation before he told them it could even make a little more at auction than £800.

“That’s lit your face up,” he said to the guest’s granddaughter who was still grinning about the valuation.

It was not revealed whether the pair sold the bookmark or decided to keep it in the family.

Antiques Roadshow episodes are available to watch on BBC iPlayer.