AN ANTIQUES Roadshow guest was lost for words after an expert revealed the life-changing value of artwork picked up for £200.

During an episode of the BBC show at Woodhorn Museum in Northumberland, expert Suzanne Zack met a lady who had brought in a pencil drawing her brother had bought for £200.

Suzanne said: “When I saw this drawing that you brought in today, it was behind glass and I had to lean in and think, ‘Could this be an original drawing?’

“We had it taken out of the frame and removed the glass and we lifted the new mount that you had put on it to find the original mount inside and to see it’s by Henry Ryland and she’s called Jasmine.

“It is an original pencil drawing by him. How did you come to have this drawing?”

The guest replied: “My brother was a print dealer and he bought it I don’t know where I think possibly London, but he always kept it he didn’t sell it and then he died and it got passed on to me.” 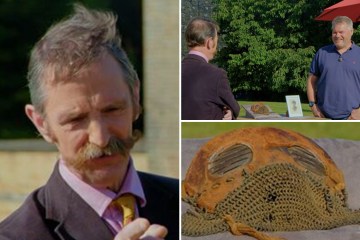 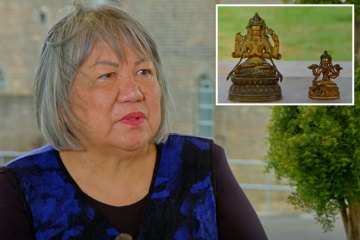 Suzanne said: “Henry Ryland is considered to be one of the foremost artists of the neoclassical revival, which came after the Pre-Raphaelite period.

“There’s something else about her that I think, is worth mentioning, and that is that she might be dressed in classical drapery, but she’s also very much a woman of her time.

“And at that time, in the late 19th century, around the 1870s, 1880s the aesthetic movement was very much in fashion, and she looks very much like a contemporary woman, wearing the looser, more romantic clothing, casting away the tight-fitting restrictive corsets.

“She really feels like she could have been a model of that time and are there particular things about it that you love?”

The lady replied: “Yes, I do. I think the quality of the drawing and particularly her hair, I just think it’s so intricate, and I love the background as well the jasmine plant.”

The expert then asked if she had any idea what her brother had paid for it and the guest replied: “It was certainly a couple £100 no more. I can’t remember exactly.”

Suzanne then told her: “There was a drawing of a very similar model, it might have been the same model that came up for auction only a few months ago and I would say that your drawing was equal, if not more beautiful.

“I think if that example is anything to go by, this could easily fetch in the region of £30,000.”

The woman replied “Gosh” before telling the camera afterwards: “I really enjoyed hearing about Jasmine, and that it would have been a model probably and what she represented.”

Antiques Roadshow airs on BBC One and is available on BBC iPlayer.