An Airbnb guest who complained about getting kicked out of her glamping tent experience in the middle of the night has revealed exactly what sparked their 3am war of words.

Airbnb guest Nancy had hoped to relax in the $149 per night glamping tent in Grose Vale, near the Blue Mountains in Sydney, from December 24 to 26, when she left to celebrate with friends on Christmas Day.

But as she returned to the tent early on Christmas Day, she spotted a large dog blocking the gate that would’ve let her drive right up to the tent’s entrance.

Nancy reached out to the host via Airbnb just before 2am, asking what she could do about the dog.

While the messages between the two were initially amicable, things quickly went south when the host admonished Nancy for messaging her so late.

The messages between the pair were posted to TikTok by Nancy in a series of videos with their furious conversation dividing commenters.

An Airbnb host kicked their guest, Nancy, out at 3am on Christmas morning (pictured) after they were no longer welcome following a complaint in the middle of the night

The first screenshots showed the initial conversation between Nancy and the host kicked off well, with both parties excited to have confirmed the booking.

However, the friendly messages ended when Nancy messaged the host at 1:49am questioning if a German Shephard that was lying in front of her accommodation was a guard dog or friendly.

After failing to get a reply for almost an hour, Nancy messaged again.

‘Sorry it’s so late… I’m stuck in the car and contemplating pushing the the gate open with the car but worried about the gate being left open,’ she wrote.

Nancy was also worried for her partner who was arriving the following day, telling the host her boyfriend was almost killed in a dog attack five years prior and was still traumatised by the event.

The host responded soon after confirming the dog was fine and very friendly’.

‘I don’t have dangerous animals. Also, I don’t appreciate being woken up at 3am with a complaint,’ the host wrote. 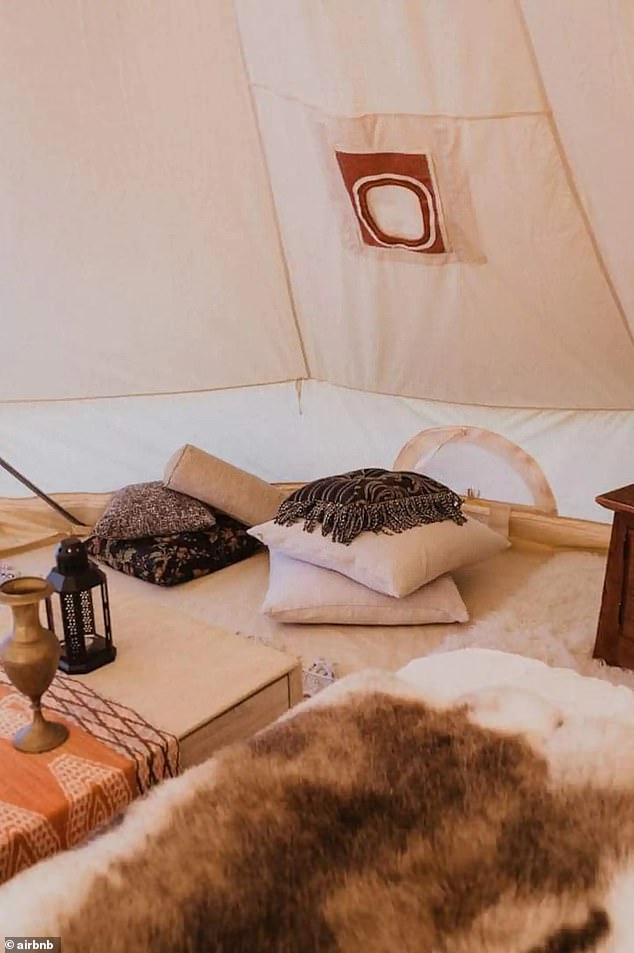 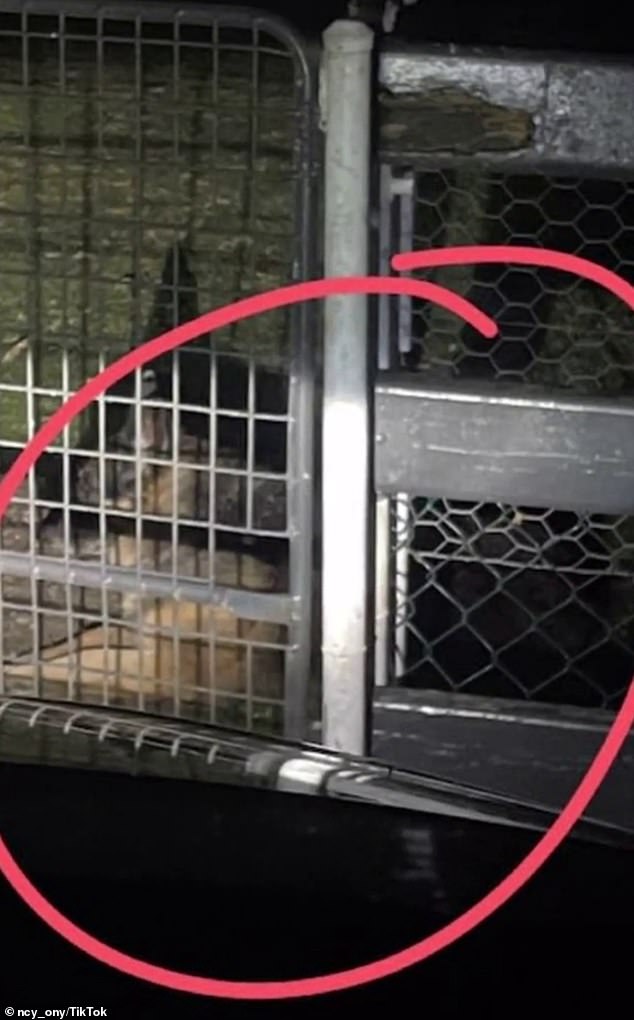 Arriving back to the property just before 2am on Christmas morning, Nancy found a German Shephard blocking a gate (pictured) that was used to get to their accommodation

The conversation between the pair quickly devolved into something less friendly with Nancy blasting the host for her ‘shocking’ response and claiming she had not been informed of dogs being on the property.

‘Arriving back being stared down by what looks like a guard dog is extremely frightening and if your sleep takes precedence over that, then you should really reconsider hosting.’

The Airbnb page includes a photo of a black and white border collie that lives on the property and the accommodation description repeatedly mentions dogs being on the property.

It’s unclear if these mentions were added before or after Nancy’s review.

After more back and forth messaging between the pair, the host asked Nancy to leave the Airbnb the next morning.

‘I would prefer if you leave in the morning you make me extremely uncomfortable and I don’t want you here on my property,’ she wrote.

Nancy confirmed she would leave, slept in her car that night and left the next morning.

However, more issues were coming.

After communications between Nancy and the host soured, they both involved Airbnb to mediate with compensation, with the homeshare company ruling in the host’s favour and sending Nancy a $222.69 bill. 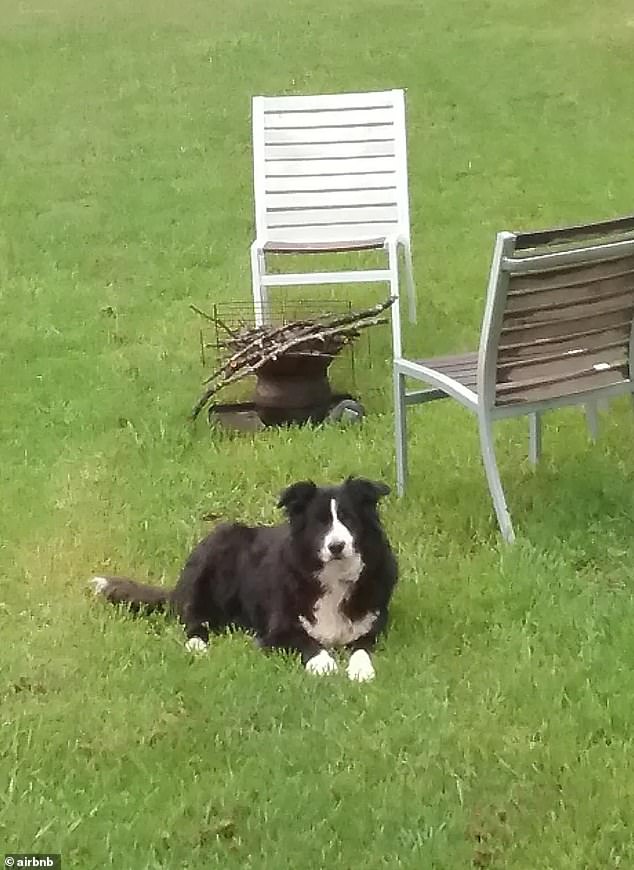 Nancy claims that she was not informed on the possibility of dogs being at the property, however the Airbnb page has pictures of dogs and states there are dogs on property (pictured)

The host requested $154 in compensation for damages to the gate she claimed Nancy pushed open with her car.

That figure then ballooned to $222.69 once the host contacted Airbnb for mediation in the conflict, ruling in the hosts favour.

‘Absolutely not. I didn’t open the gate with my car. I am most definitely not paying her a cent,’ Nancy wrote to the Airbnb resolutions team.

The series of TikToks have been viewed more than a million times and have received more than a thousand comments, with many split on who was in the wrong.

‘You did absolutely the right thing. We have two large dogs, I love dogs, but wouldn’t enter a property when a dog looks like it’s guarding at night,’ one commenter wrote in support.

After being kicked out of the property, Nancy then received a $222.69 bill from Airbnb for damages to their gate that Nancy claims she did not commit

‘I wouldn’t love to be woken at 3am either but would it have been so difficult for her to end that message after “make sure you shut all the gates!”,’ another commenter wrote.

Some users played devil’s advocate, with one writing ‘there are multiple reviews stating “friendly dogs on property” dating back to January 2021. don’t agree with how snappy she was in her reply but still’.

‘You need to work on your replies,’ another commented on Nancy’s handling on the situation.

‘It was hardly a guard dog staring you down!’ one user joked.