A 21-YEAR-OLD man was found drowned in a hot tub at a popular glamping site.

Jai Williams was discovered by his horrified friends just 24 hours after they arrived at Florence Springs Glamping and Camping in Tenby, Wales.

Jai, from Caerphilly, Wales, had taken a cocktail of drugs before he drowned in the hot tub, an inquest into his death heard on Tuesday.

The court heard how Mr Williams had only arrived at the holiday site with a group of friends the night before.

Coroner’s officer James Lang told the hearing how from the age of 14
Mr Williams had regularly taken prescription drugs, which led him to become heavily involved in the drug scene.

Mr Lang explained: “Drugs were a big part of his life and he had some mental health issues”. 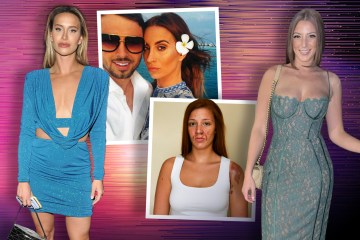 Mr Lang described how Mr Williams had a difficult upbringing following the death of his grandmother.

Mr Williams briefly spent time on the streets following his release
from prison last year, before he was put up in council-provided
accommodation in New Tredegar in the summer of 2021.

Despite his troubled past, the court heard how Mr Williams’ family felt he was taking positive steps to improve his life.

But on 23 January, 2022, paramedics rushed to the scene after his ill-fated holiday with friends at the Welsh tourist hotspot.

Paramedics pronounced Mr Williams as deceased at the scene shortly
after midnight.

Assistant Coroner for Carmarthenshire and Pembrokeshire Gareth Lewis confirmed Jai had died due to a fatal concoction of drugs, and issued a formal conclusion of a drug-related death.