Poshtock! The local nickname for Wilderness…

By Harriet Dennys For The Mail On Sunday

Time was when festivals were the preserve of penniless hippies who would bunk over a flimsy fence to spend a groovy weekend swaying to obscure folk bands and downing cheap cider.

But in a sign of just how much things have changed, this week Britain’s poshest festival opens in the rolling Cotswolds countryside.

It may be called Wilderness, but with its £6,000 yurts, mindfulness classes and supermodels hosting champagne picnics, it is hardly a wasteland.

No wonder locals dub it Poshstock. On one of the stages, Old Etonian actor Damian Lewis, the star of Homeland, will be performing his debut album, as part of an eclectic music line-up that also includes South Korean DJ Peggy Gou and dance act Underworld.

General admission tickets are £230 for the weekend, but costs spiral for high-end extras, with glamping options ranging from luxury bell tents costing from £939 to an eight-person ‘Lotus Mahal’ tent at £6,177.

Festival-goers – or ‘Wildlings’ – pay even more for experiences such as sommelier-led wine classes, sexual wellness seminars and a ‘Kundalini goddess ceremony’ to ‘waken your divine feminine energy and step into the power of your heart’.

But for all the esoteric language, Wilderness is a nakedly commercial enterprise, with the company that runs it owned by global events behemoth Live Nation, a £9billion-a-year-business. 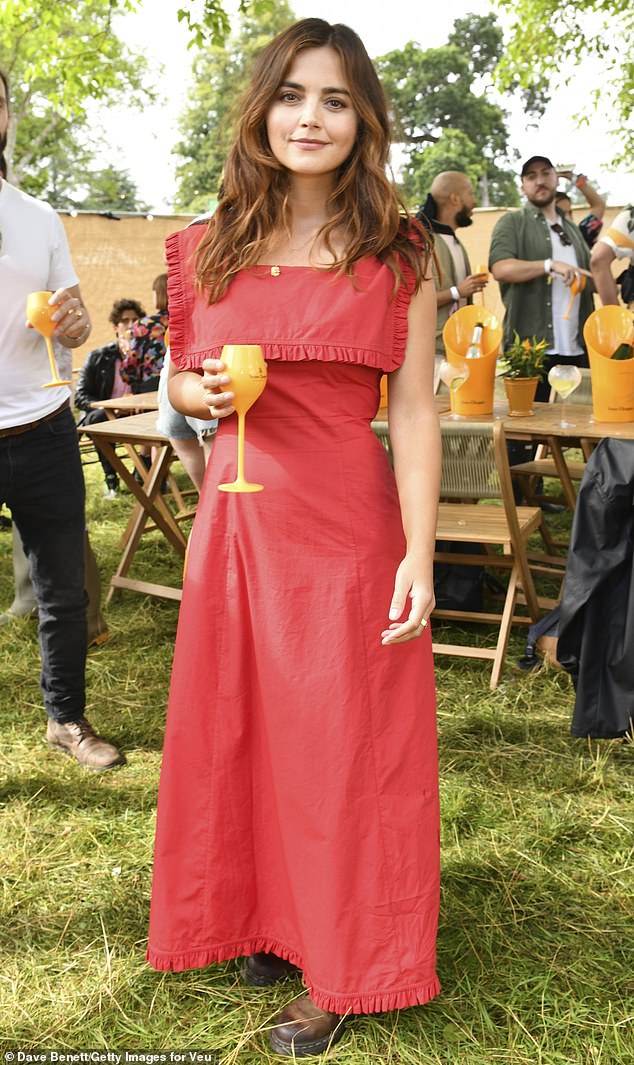 ‘Her husband will don face-paint, lilac harem pants and a top hat adorned with feathers. He will be back at his job, as an investment banker, on Monday: woozy, bleary eyed and around eight grand poorer.’ 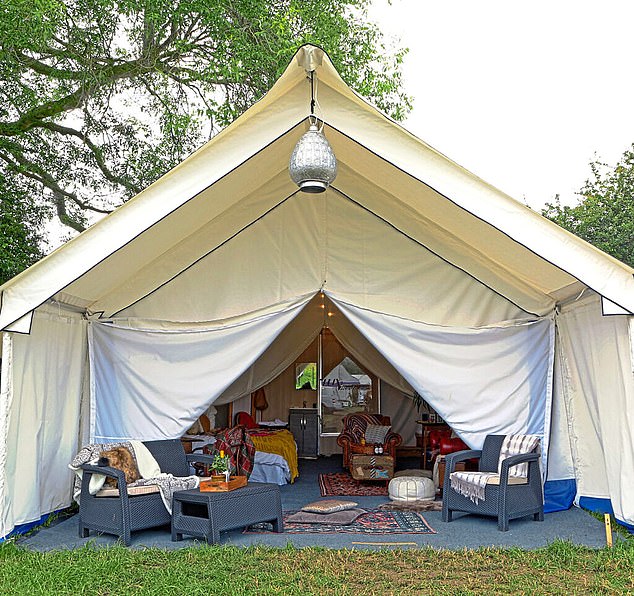 Glamping at its finest: This safari suite provides all the comforts of home in a camp setting