Experts say the aviation market is poised for recovery, with defence spending on the rise and commercial aviation picking up despite the latest wave of omicron-driven infections

Singapore’s biennial air show opened Tuesday on a smaller scale than before the pandemic, even as the aviation sector gears up for a recovery two years after coronavirus outbreaks nearly paralysed air travel.

The three-day air show began Tuesday. Members of the general public are not allowed, but about 600 exhibitors are showing their products and services. That’s down from 930 during the last show in February 2020, when coronavirus cases were just beginning to rise.

Experts say the aviation market is poised for recovery, with defence spending on the rise and commercial aviation picking up despite the latest wave of omicron-driven infections.

Those attending the show must observe stringent coronavirus rules including regular Covid-19 testing and potential isolation for those found infected with the coronavirus. 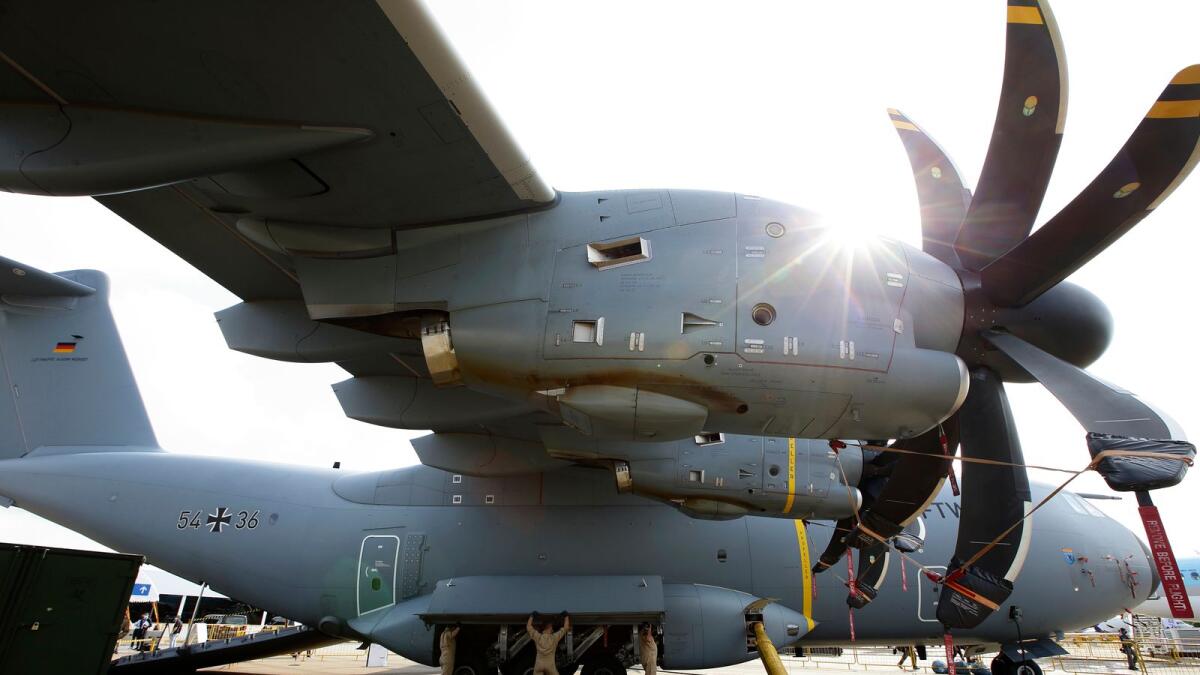 Crew personnel attends to the Airbus A400M aircraft on display during the Singapore Airshow 2022 at Changi Exhibition Centre in Singapore on Tuesday. — AP

The air show began in 2008. It typically attracts senior corporate executives of aviation companies and delegations from countries around the world. About 13,000 people are expected to attend this year’s show, less than half the 30,000 who visited in 2020.

Many Southeast Asian countries have kept their borders closed or imposed strict limits and quarantine and testing requirements to try to curb outbreaks that have ravaged most countries. Some are now slowly relaxing those precautions. 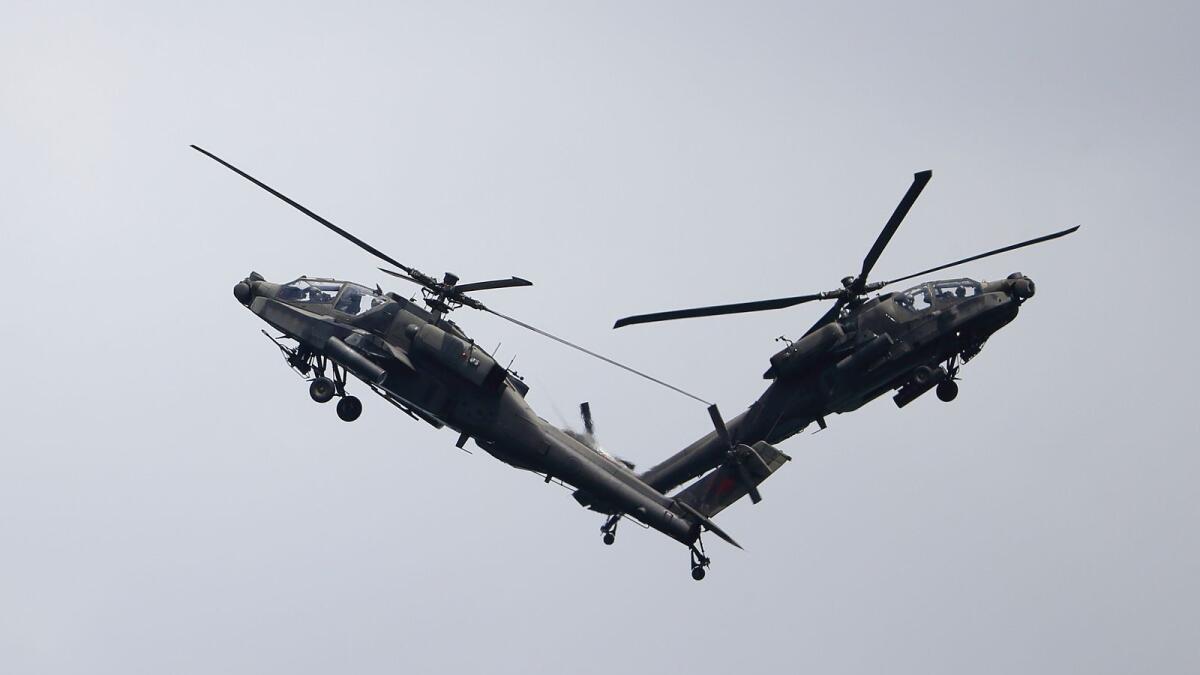 “The air show comes at an interesting time, because the market in Southeast Asia is finally starting to recover after almost two years of decimated impact on air travel, particularly in the international market,” said Brendan Sobie, an independent aviation and aerospace analyst based in Singapore.

Many Chinese companies are staying away from this year’s show, likely because of Beijing’s “zero-Covid” policies that involve lengthy quarantines. 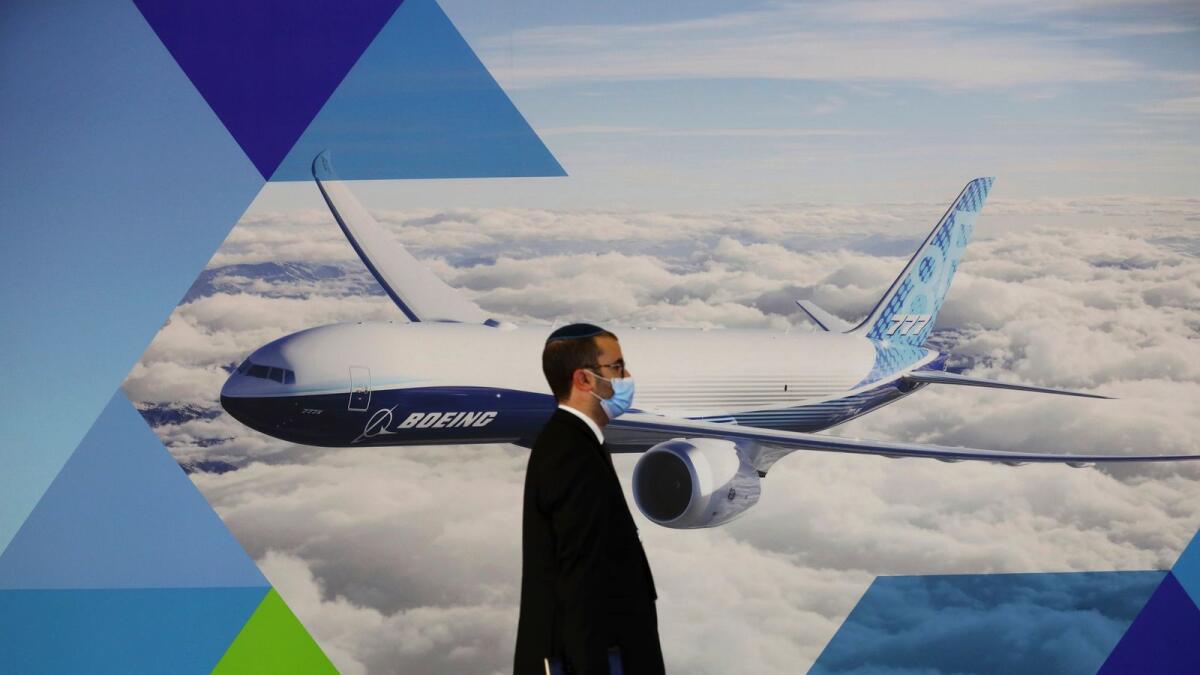 A visitor wearing protective mask walks past the Boeing booth during the Singapore Airshow 2022 at Changi Exhibition Centre in Singapore on Tuesday. — AP

The 777X is about 20 per cent more fuel efficient than the aircraft it replaces, according to Darren Hulst, the vice-president of marketing for Boeing’s commercial airplanes. Singapore Airlines is among Boeing customers planning to include the new jet in their fleets. 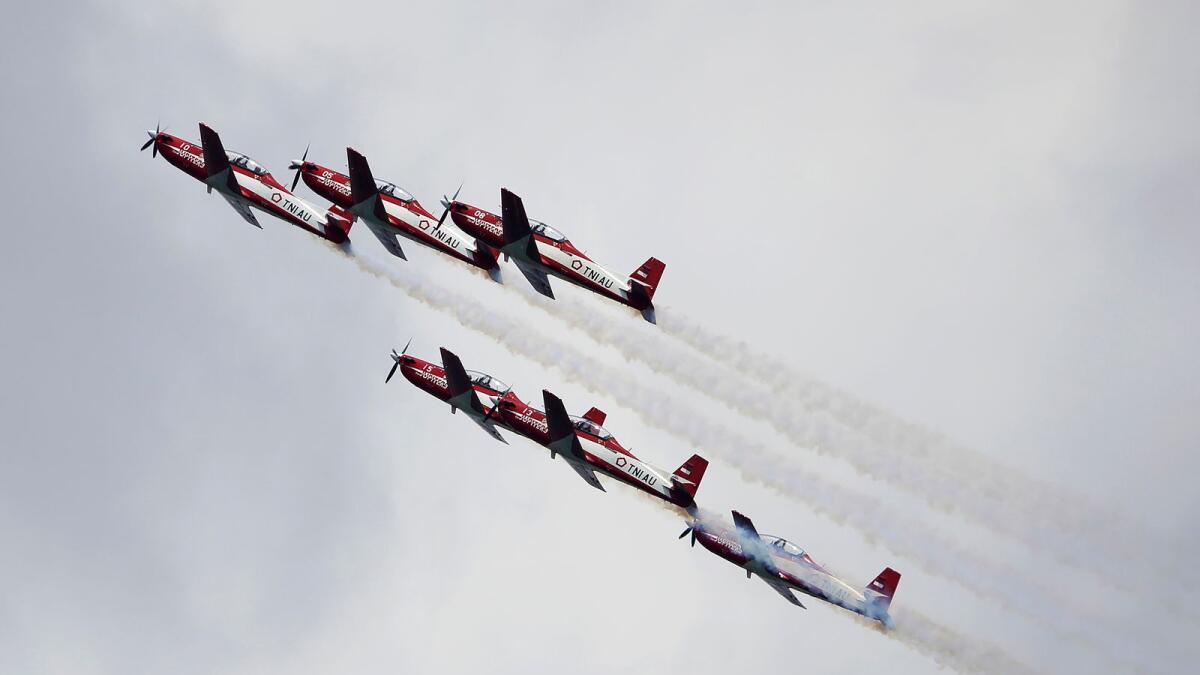 “The number one trend we’re seeing is how resilient the demand for aviation is and how important it is for people to connect,” Hulst said in an interview Tuesday. He noted that short-haul flights have recovered quickly in regions like the US, where high gas prices are discouraging people from travelling by car.

“As we see the industry recover more, as more and more restrictions are lifted on long haul travel, we’ll see the market continue to recover and we think the industry will be back to where it was in 2019 somewhere by the end of 2023 or early 2024,” Hulst said. 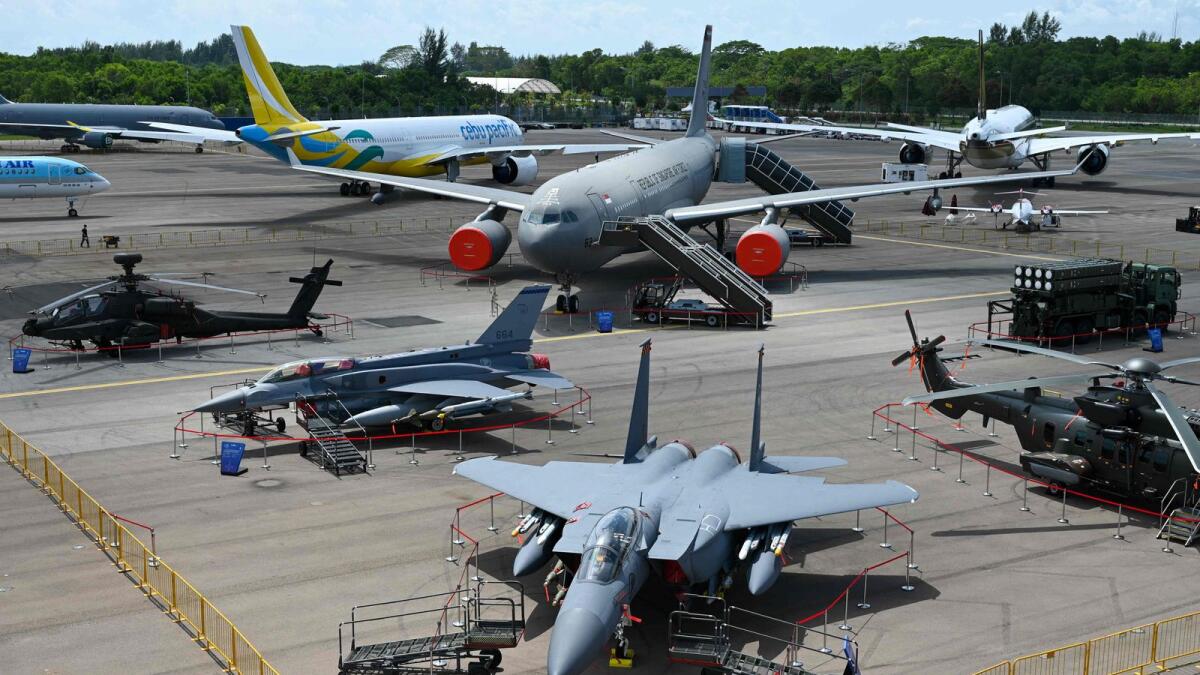 Military and commercial aircraft are seen on static display during a preview of the Singapore Airshow in Singapore. — AFP

China’s absence at the show leaves a big gap, said Sobie. Chinese tourists usually are the world’s biggest spenders, having splashed out $254.6 billion on overseas travel in 2019, according to the UN’s World Tourism Organisation.

“China is a very important market for Asia and in particular, Southeast Asia relies very heavily on China,” he said. “So it’s an extremely important market that has to recover in order for the market overall to fully recover.” 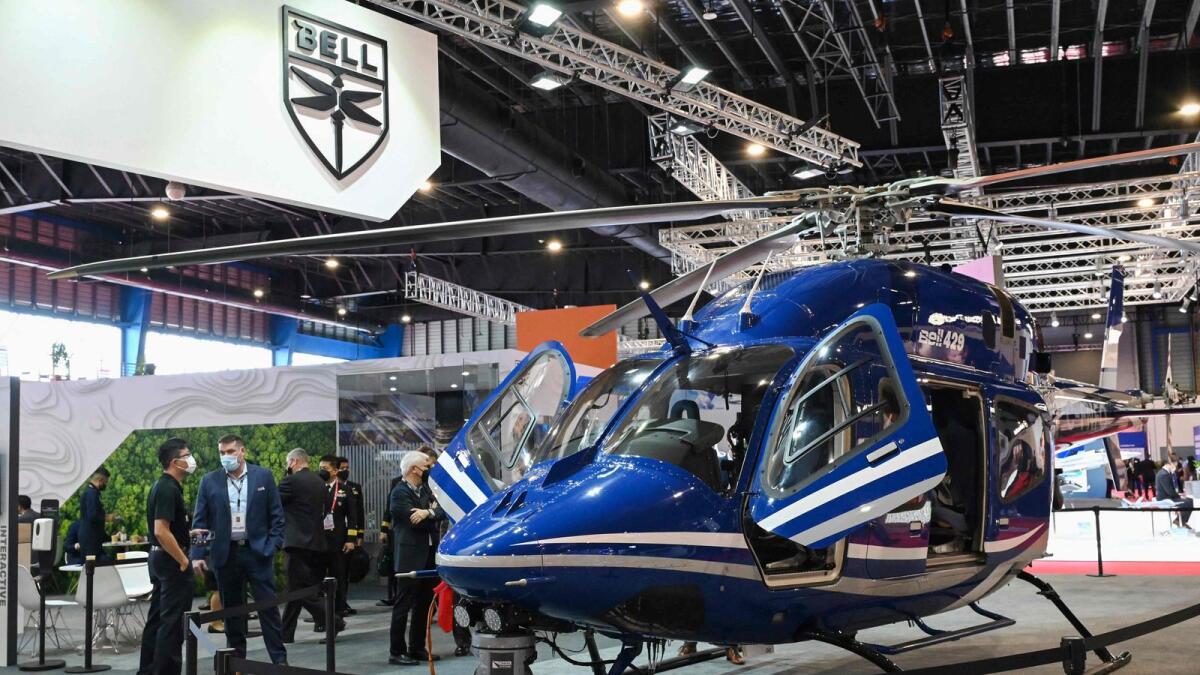 A Bell 429 helicopter is seen on display at the Bell pavilion during the Singapore Airshow in Singapore on Tuesday. — AFP

While civil aviation has been decimated by the pandemic, experts said defense innovation and spending were less affected, apart from disruptions to supply chains that have troubled many industries worldwide. 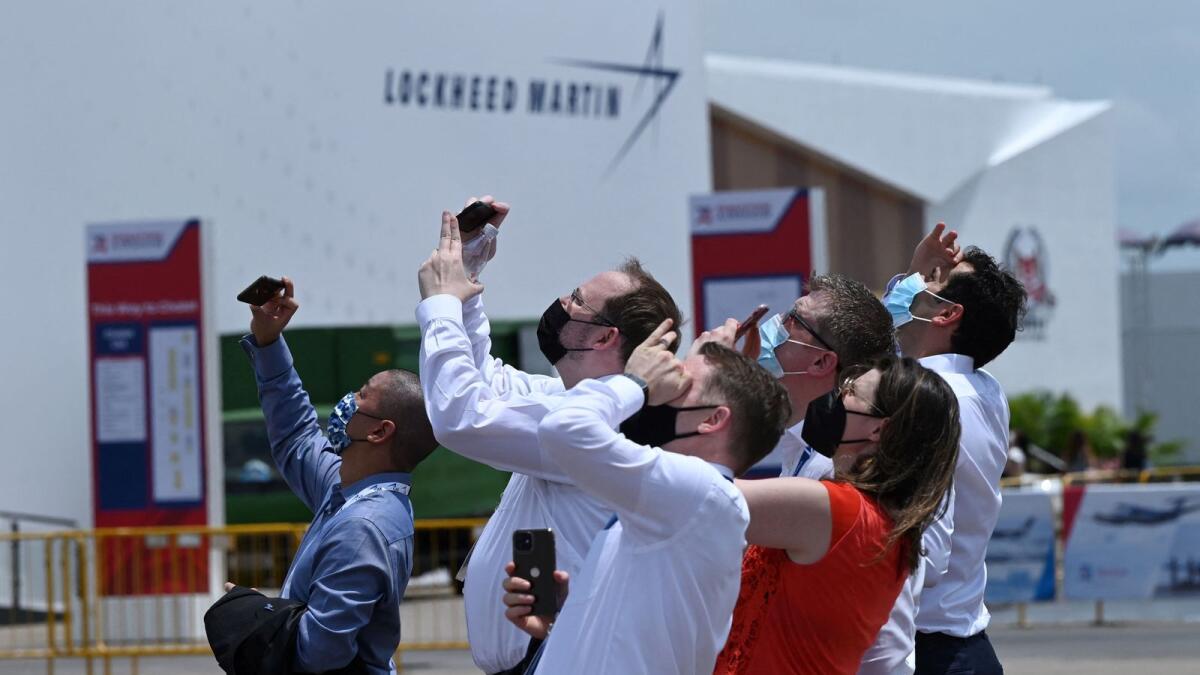 Visitors watch an aerobatic display during the Singapore Airshow in Singapore on Tuesday. — AFP

Strategic competition and geopolitical tensions are fueling increased military spending for many countries in the region, including in Southeast Asia, said Michael Raska, coordinator of the military transformation program at the Institute of Defence and Strategic Studies. 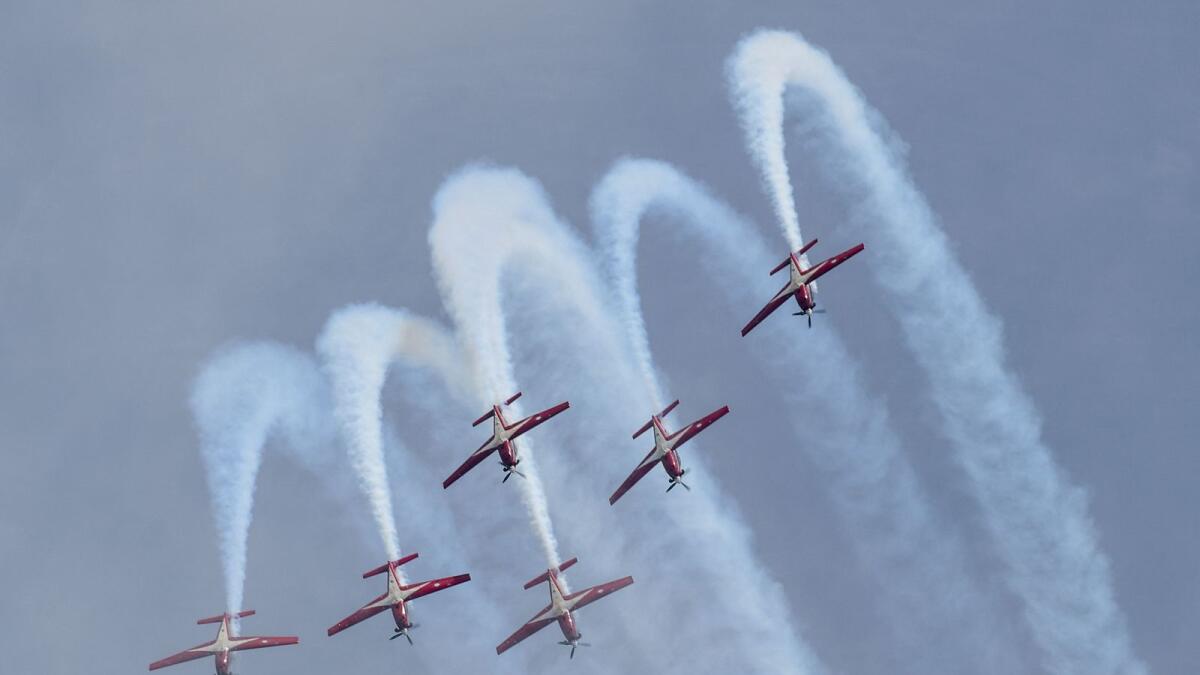 “The show might be smaller, and the pandemic may have mitigated the number of exhibitors, but it doesn’t mean that defence procurement has been slowing down,” Raska said.

He noted that such shows are an important platform for companies and customers to build trust and connect in person, especially when it comes to defence procurement and procurement.

“That’s more important than anything else on the show,” Raska said. “Forging these relationships or finding new relationships in the industry, that’s something you cannot do on Zoom.” — AP